Lower salaries, few children and often victims of sexism: the identikit of Women in Wine in the new millennium23 January 2017Next 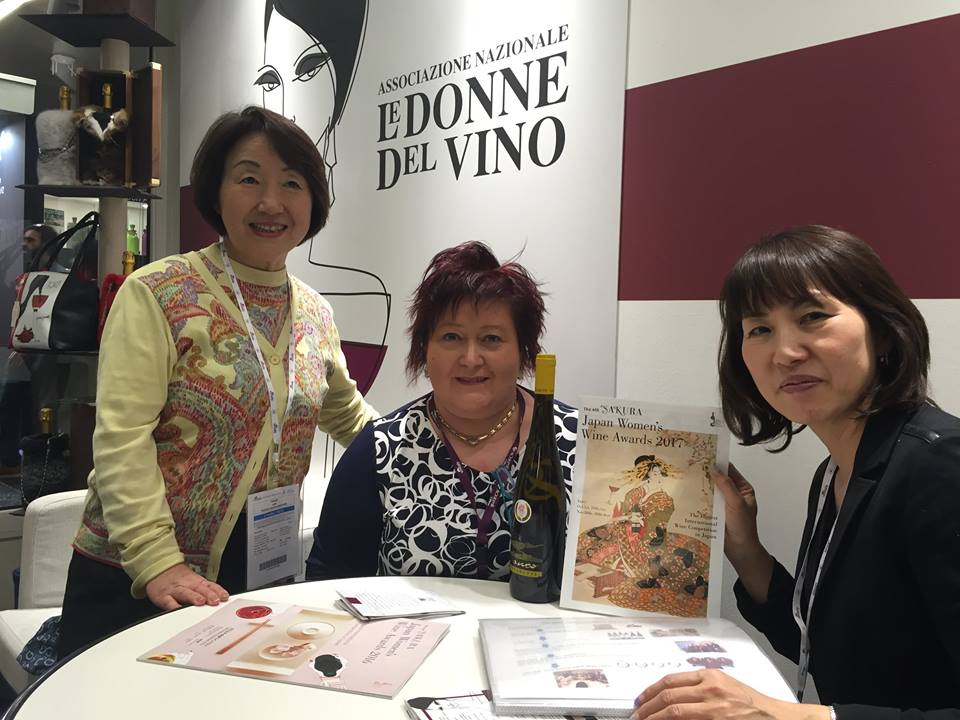 Sakura comes after Feminalise (Beaune FR), the leading international competition with a female jury, a competition in which the wines are judged by all-female oenologists, sommeliers and journalists. Unlike the French competition, however, the Japanese event is the main one in the country and, this year, it received 4,212 contestants, from 37 different nations.

Winning a medal means opening the doors of the market because, in Asia, members of the “weaker” sex hold key positions in the trade and consumption of wine.

This is why the huge success of the wines made by Le Donne del Vino is such a big deal:  12 double golds, 26 golds and 14 silvers, for a total of 52 medals. A real triumph for Italian cellars run by women!

The astounding result draws attention to the skills of the winemakers and wine marketing experts who belong to Le Donne del Vino, and to the promotional work carried out by Antonella Cantarutti, delegated by the association to take care of relations with wine competitions that have female juries. It is thanks to her that DDV producers received information and entry forms, increasing their participation in Sakura. The result was incredible, with 52 wines receiving awards. We can presume that almost all the bottles of the Donne del Vino that took part received medals.

Not all of the 349 producers who belong to the association (the total 708 DDV also include restaurateurs, wine store owners, journalists, sommeliers and experts) took part in the competition, which was held between the 28th of January and the 1st of February this year. The list of prize-winners will be published in the Sakura magazine distributed all over the world, as well as in the association’s blog and social channels. 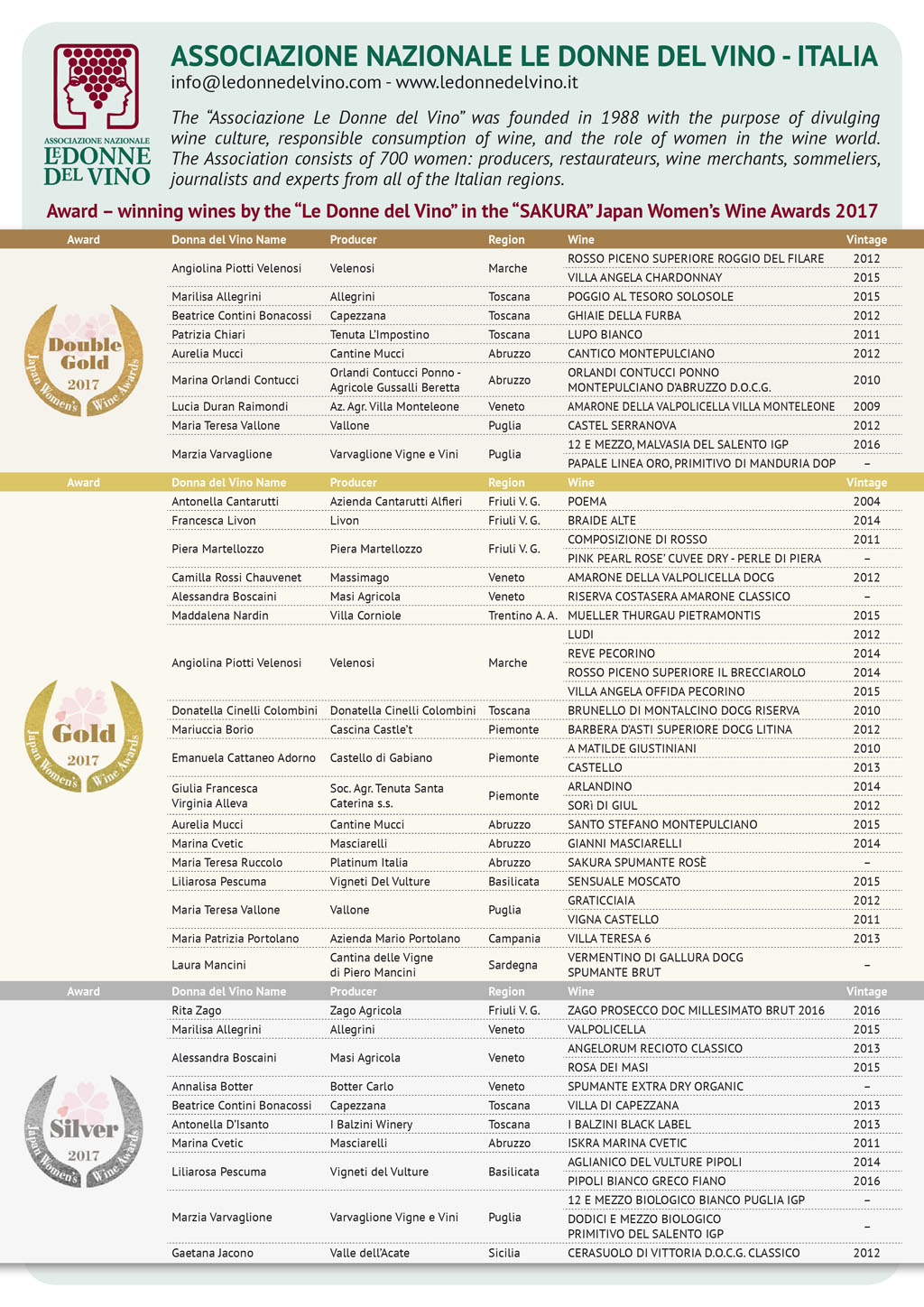 The participation by Le Donne del Vino in the Sakura award is part of the DDV commercial strategy with Japan, a country where women play a decisive role in the wine market. The work team, comprised of Daniela Mastroberardino, Michela Marenco and Tiziana Mori, is busy planning a commercial mission to Japan for October 2017. The schedule will include an event day, to be held in a prestigious location in Tokyo, with presentations to the press and a walk-around tasting dedicated to operators in the sector. The second day will feature B2B meetings reserved for members in search of an importer.

Le Donne del Vino is an extremely active association, which launches ambitious projects and achieves tangible results, like those at the Sakura awards, to offer opportunities to Italian wine and to its members, as well as promoting a responsible drinking culture.