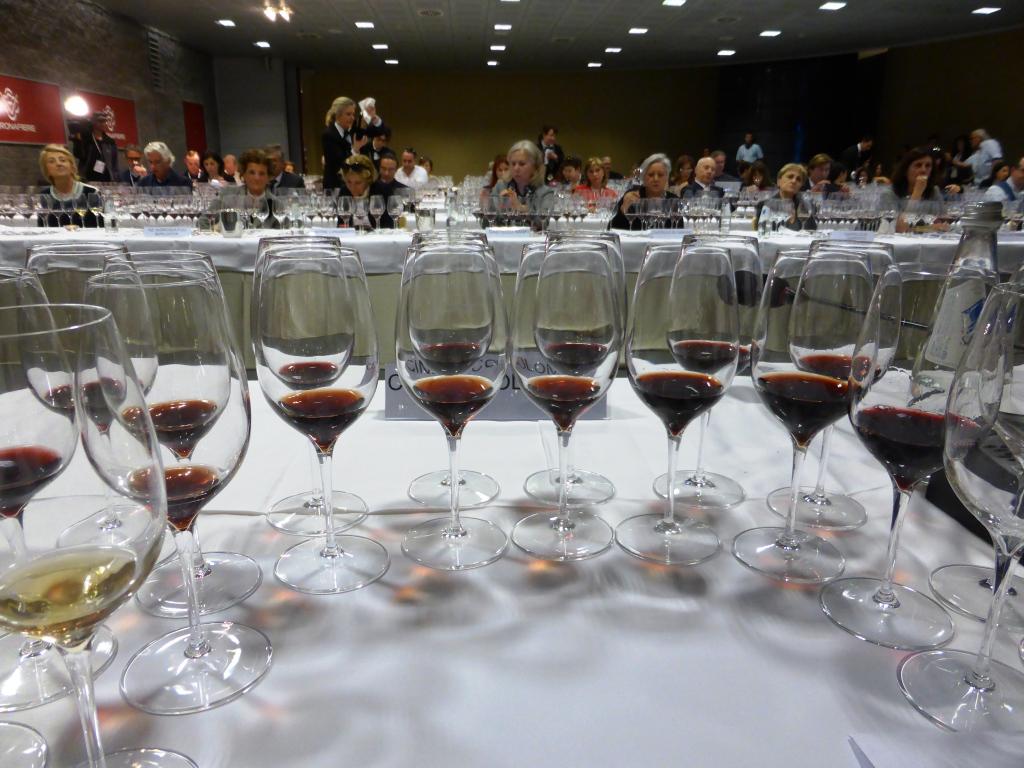 Six tastings between the 9th and 12th of april in verona: two on rare wines, guided by journalist Ian D’Agata

The Vinitaly 2017 of Le Donne del Vino will be dedicated to native grape varieties: a brave choice, which focuses on defending Italian grape varieties, particularly those that are rare and almost extinct.

This is an action involving most of the producer members of Le Donne del Vino and it can be summed up entirely in the word native. “During Vinitaly 2017, Italian grape varieties will be under the spotlight in six initiatives linked to the same theme, focusing on the tasting of 25 wines made from native grapes which are grown in just a very few hectares of vineyard” explains the association’s chairwoman, Donatella Cinelli Colombini, referring also to the three tastings dedicated to Falanghina, Tuscan grape varieties complementary to Chianti, Brunello, the distribution of Apulia’s grape varieties, and the wine served at the closing dinner of Vinitaly.

There will be two tastings of rare native grape varieties, both guided by Ian D’Agata, senior editor of Vinous, scientific director of the Vinitaly International Academy, and author of “Native Wine Grapes of Italy”, the only book written by an Italian to have won the Louis Roederer International Wine Awards Book of the Year.

“These are the biggest tastings of their kind ever held” – explains the association’s chairwoman, Donatella Cinelli Colombini. “They will be attended by an outstanding group of Masters of Wine, Master Sommeliers, buyers and journalists from all over the world, guided by one of the world’s leading experts on native Italian grape varieties, Ian D’Agata. It’s going to be a memorable event, like nothing accomplished before, representing a milestone in the rediscovery of the less famous Italian wine grapes, at risk of extinction”.

TWO TASTINGS OF RARE NATIVE VARIETIES WITH IAN D’AGATA
The first tasting will be organised for Vinitaly International Academy, the week before Vinitaly (3-7 April): 13 rare wines will be presented to experts from all over the world, including Masters of Wine and Master Sommeliers.

The second tasting is scheduled for Sunday the 9th of April at 3.00 p.m., in partnership with Verona Fiere. Again, it will be guided by Ian D’Agata, who has chosen the 18 wines to be presented, along with one grappa, to 80 international journalists and experts. His choice has been made according to priority, rarity and representation of the whole of Italy, bringing together grape varieties with very different winemaking potential but with the same need for defence, with a view to conserving the Italian germplasm.

It is this idea of defending Italy’s rarest winegrowing heritage, which is in danger of disappearing altogether, that makes the action of Le Donne del vino so extraordinarily important. An action to encourage the women who produce wine to make a stronger commitment to rare grape varieties as elements of diversity, which contribute to conveying a wine-based identity to the winegrowing regions and make them more appealing to wine tourists.

FALANGHINA, THE TUSCAN GRAPE VARIETIES, THE BRUNELLO OF LE DONNE
The action of Le Donne del Vino in favour of native wine grapes also includes the tasting of the Falanghina made by the producers from the Campania region, and the roundtable with tasting on Tuscan grape varieties complementary to Chianti as an alternative to international grapes. Last but by no means least, the tasting guided by Kerin O’Keefe (Italian editor of Wine Enthusiast and author of “Brunello di Montalcino, Understanding and Appreciating One of Italy’s Greatest Wines”). The tasting is on the Brunello made by women, and is organised by Wine Enthusiast, which receives external support from Le Donne del Vino.

DINNER AND TOAST TO CONCLUDE VINITALY
The dinner on Wednesday the 12th of April at Palazzo della Gran Guardia in Verona brings Vinitaly to a joyful close, inviting chairman Maurizio Danese, general manager Giovanni Mantovani and brand manager Gianni Bruno to cut a huge cake. The evening is going to feature four regional delegations of Le Donne del vino: Campania, Liguria, Sardinia and Tuscany. Each will present their own food artisan, who will offer a demonstration of culinary skill, and lots of regional specialities to taste with the native grape wines from cellars run by women all over Italy.

WHO ARE LE DONNE DEL VINO
Le Donne del Vino are a non-profit association which intends to promote the culture of wine and the role of women in winemaking. Founded in 1988, the association now has 750 members, comprising producers, restaurateurs, wine store owners, sommeliers and journalists.

Donne del Vino FVG in Trieste at the Forum "The Fr

The sommelier Patrizia Foltran is the new delegate

Thanks to Rebecca Wang who dedicates us a wonderfu